The Story of Lemuria and the Akashic Records.

Does Your House Need Energetic Clearing?

Why Do We Need Vibrational Retuning? 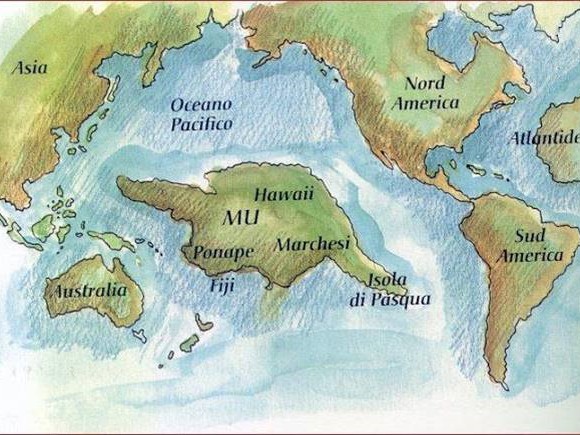 Since I consciously started working with the Akashic Records, very often I would come across a name “Lemuria”. I felt
that there should be a connection. My research revealed a lot of interesting information. Below are some pieces of it:

About 200,000 years ago there was a flourishing civilization called Lemuria (later Land of Mu), located on a continent a
little farther north of Australia. It is believed that now all that is left of this continent is a chain of islands known as
Hawaii, but back then 80% of the mountain was above the water. 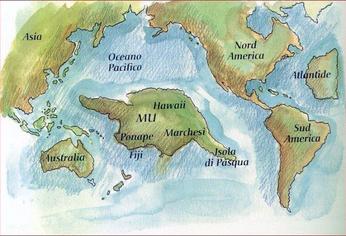 ​Souls who were attracted to this land mass mainly originated from Pleiades; the DNA of the Lemurians was the purest on the planet and their consciousness was the one with the Universe. They were not an advanced technical society (they were more what we would call now right-brain people), but all the quantumness of their DNA was activated, for that what the Pleiadians passed on to them.

One of the Spiritual purposes of Lemurian civilization was to prepare and build the Akashic Records of the planet – leaving the essence of their energy into the planet. Lemurinas had only one life: meaning they did not re-incarnate several time on the same island, it was needed to build up a pool of return souls. It is believed that the number of souls that came through Lemurian experience is about 350 million. Lemuria was a society that is “home” to many of us, but we only were there one time.
Gradually humans lost a part of activated DNA which Lemurians had, still it is our free choice to get back Lemurian and Pleiadian layers, one of them being the Akashic Records. This is why right now many of us are awakening to one of the most profound lives we’ve ever had — the first one, the Lemurian one. Right now all of the Lemurians who ever lived on the planet started to come back, so they are all alive again in human bodies and are spread all over the globe.

If you wonder why you are here… it is very likely that you could be a Lemurian, an old soul in a new energy. You were called upon because you possess unique energetic qualities that are very needed on our planet today. But do you know who are you on Soul level and how to bring these qualities into your life? This information is stored in your Akashic Records and can be accessed. Please click here to find out how.

Just recently I had a chance to visit Hawaii and had a deep spiritual experience of my connectedness to Lemuria. I will write about it in my next article. Stay tuned! 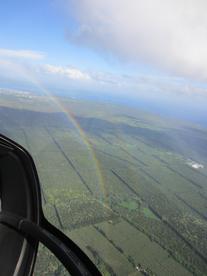 It’s been two week since our return from an amazing trip to Hawaii and gradually I got an understanding of what actually happened there. Below is a Part 2 of my story.

The next day after arriving to Big Island we booked a helicopter tour hoping to get a better understanding of where we ended up from the above. The beauty of the island was truly unique! Half of it was covered with lava rocks with almost nothing growing on them (it felt as if we landed on Mars), but the other half was what they call a tropical paradise: all green, bright and joyful.

First we flew over an active volcanic area, watched hot red lava flowing beneath us (extremely interesting!) and then continued towards a green tropical part of the island. About this time I remembered that one of my reasons for visiting Hawaii was to find a way to re-connect to the energy of Lemuria; so right from the helicopter I put out a request to my Akashic Records Guides, asking to provide at least one sign confirming that this connection actually exists. 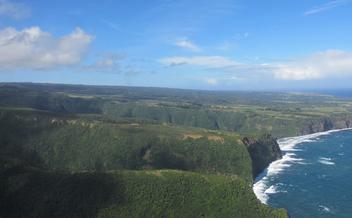 Just several minutes later the first miracle happened: to the right of the helicopter I could see a rainbow which appeared out of nowhere (the sun was shining, but there were no signs of rain nearby). When I work with the Akashic Records I always use rainbow images to explain what a Soul is “made of”, so this had a lot of meaning to me!

The next miracle followed soon, it took place in my seventh chakra. I could feel pressure from inside and outside of my crown. It grew stronger and turned into a very unpleasant physical pain: at some point it felt as if my scalp was about to explode. Days later when I was back in Pittsburgh I realized that I was undergoing an energetic “upgrade” – a re-tuning to my incarnation in Lemuria, when according to Kryon 90% of human DNA was activated compared to about 30% in our times.
While the re-tuning process was still going on, our helicopter carried us along a beautiful coast line; we admired spectacular towering sea cliffs that opened into deep meandering valleys of Kohala Mountains. Each valley was covered with lush rainforests; cascading waterfalls were falling down into the valleys from the mountains. It was a hidden world of unbelievable beauty, the only way to get there was either by the sea or from the air as we did, and that was it.
Our helicopter went down and entered one of the valleys, it circled over the mountains and waterfalls showing us different sides and views of the valley; and my heart filled with deep love combined with a feeling of a huge loss. The only thing I can compare this feeling to is what I feel about my father after he left this world: Love and a Loss, something that can never be brought back on a physical level. I was sitting in the helicopter which carried me over this amazing world, and tears were coming down from my eyes, these were tears for a lost Home. Perhaps they were not really bitter; I very was overwhelmed with deep emotions and sensations…

After some time everything came back to normal and again I was just a curious tourist.

When I got back home I had several Vibrational Re-tuning consultations planned in advance. I opened the Akashic Records to access information for my clients as I always did, and it was then that I realized that everything changed. 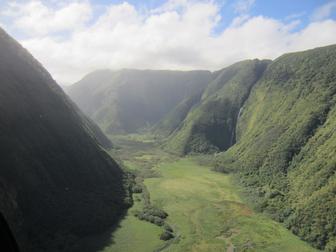 Normally when accessing the Records I used “to see” a huge green field and a girl, who would run into this field to play and have fun (this girl was me on a higher level). This time there was neither the field, nor the girl… just vibrations. It is considered that images in the Akashic Records serve as a validation to those who need them. After receiving an energetic re-tuning to my incarnation in Lemuria I did not need a validation any longer, I emerged to a new level on the path towards expressing my full potential!!!

I know that this is just a stage on my path and there are more miracles waiting ahead. Thank you Hawaii, thank you Lemuria!!!

PS. Several days ago I “opened” my own Records and received information that during my life in Lemuria I was a supervisor in a spiritual school for boys. The school was located in a green valley surrounded by mountains.

Please choose which language you want